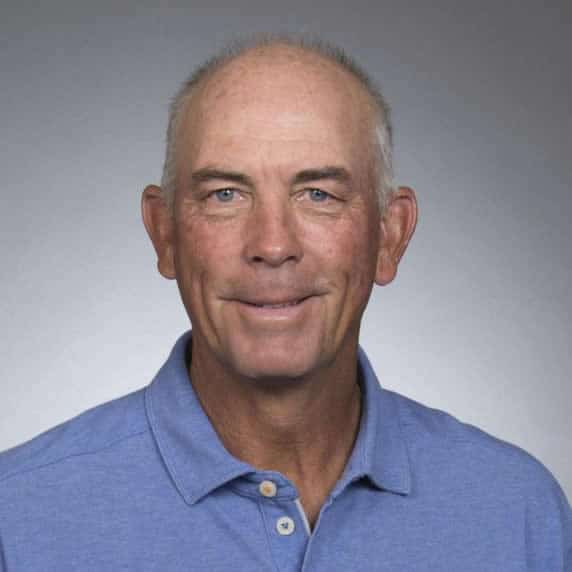 Faith & Golf: Lessons from the Back Nine

Faith & Golf: Lessons from the Back Nine

Thomas Edward Lehman is an American professional golfer. His tournament wins include one major title, the 1996 Open Championship; and he is the only golfer in history to have been awarded the Player of the Year honor on all three PGA Tours: the regular PGA Tour, the Web.com Tour and the PGA Tour Champions.

Born in Austin, Minnesota, and raised in Alexandria, Lehman played college golf at the University of Minnesota in Minneapolis–Saint Paul, graduated with a degree in business/accounting, and turned professional in 1982.

It took Lehman many years to become a leading tour professional. He played on the PGA Tour with little success from 1983 to 1985, and was then obliged to play elsewhere for the following six seasons. This included time in Asia and South Africa and on the second tier Ben Hogan Tour in the United States. He regained his PGA Tour card by topping the Ben Hogan Tour’s 1991 money list, and enjoyed unbroken membership of the PGA Tour from 1992 until shortly after he joined the Champions Tour. He was named PGA Tour Player of the Year in 1996.

From 1995 to 1997 Lehman held the 54-hole lead at the U.S. Open, but each time failed to win. During this period he won his only major championship to date, The Open Championship in 1996. In April 1997 he spent a week at Number 1 in the Official World Golf Ranking. He has won five times on the PGA Tour, but in addition to his Open win these wins have included the season-ending Tour Championship and Memorial Tournament, and he has won at least nineteen professional events in total.

In June 2012, Lehman defended his title at the Regions Tradition, to win his third senior major championship. He won by two strokes from Germany’s Bernhard Langer and Taiwan’s Lu Chien-soon. In his next major appearance at the Senior Players Championship, he finished runner-up, two strokes behind Joe Daley.