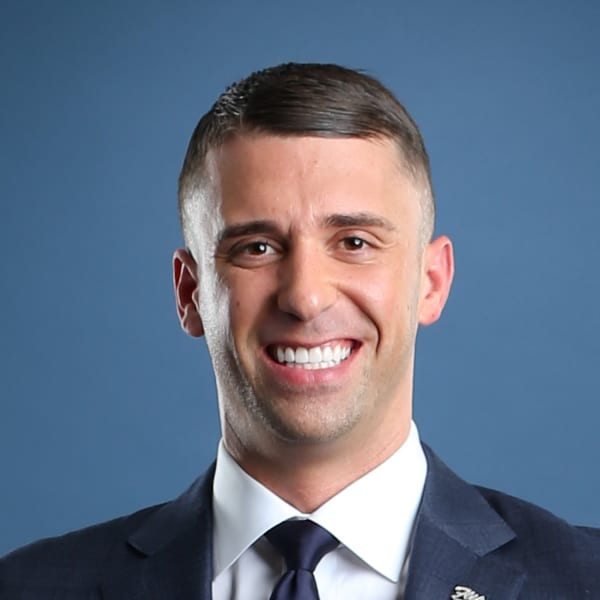 Faith & Coaching: Finding My Own Path

Faith & Coaching: Finding My Own Path

This presentation will take place via LiveStream.
Thursday, May 14 at 7 p.m.
Visit faith-and-life.org/livestream.

Ryan Philip Saunders is an American basketball coach and former player who is the head coach for the Minnesota Timberwolves of the National Basketball Association (NBA).

After he achieved his bachelor’s degree and finished playing college basketball, Saunders was a graduate manager under Tubby Smith in the 2008–09 season while pursuing a master’s degree in applied kinesiology. In 2009, he became an assistant coach for the Washington Wizards. During his time at University of Minnesota, he was responsible for handling the academic and social improvements of players.

On May 20, 2019, the Timberwolves announced Saunders signed to a multi-year deal to become the team’s permanent head coach, removing his interim status. At age 32, Saunders became the youngest head coach in the league, with more than ten years of NBA experience under his belt.

When Saunders was born, his father Flip Saunders was an assistant coach at the University of Minnesota. Ryan grew up in Wisconsin and South Dakota, as Flip later worked as head coach for CBA teams in those states. In 1995, the Saunders family returned to the Minneapolis–Saint Paul area when Flip Saunders became head coach of the Minnesota Timberwolves, a position he would maintain for the rest of Ryan’s childhood.

Saunders served as head coach for Minnesota’s Las Vegas Summer League entry for the past three summers, including the team’s runner-up finish in 2016. He also participated in the first Basketball Without Borders Europe Camp, which was held in Lohja, Finland in 2016, as well as Basketball Without Borders Asia 2018, which was held in India. Saunders has taken part in multiple basketball camps for the youth and charitable organizations in Minnesota.

Before joining Minnesota’s staff, Saunders spent five seasons as an assistant coach with the Washington Wizards, where he played a key role in the development of four-time All-Star John Wall and two-time All-Star Bradley Beal, among others. Saunders was also heavily involved in game preparation for upcoming opponents, creating extensive scouting reports and statistical analysis.

A University of Minnesota graduate, Saunders worked on Tubby Smith’s staff at his alma mater after playing four seasons with the Golden Gophers where he was a two-time captain, four-time scholar athlete award winner and a 2006 Big Ten All-Academic selection. He earned his bachelor’s degree in sport management.