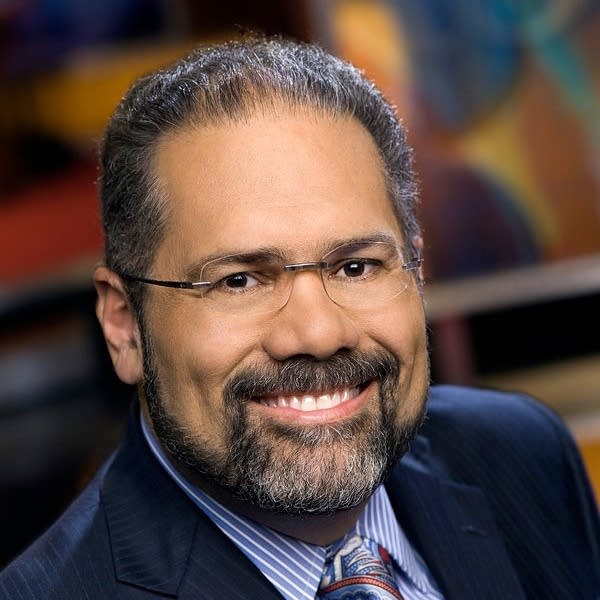 Faith & Journalism: A Life in Reporting

Faith & Journalism: A Life in Reporting

Ray Suarez is an American broadcast journalist and the current John J. McCloy Visiting Professor of American Studies at Amherst College. Suarez was the host of Inside Story, a daily news program on Al Jazeera America, until that network ceased operation in 2016. Suarez joined the PBS News Hour in 1999 and was a senior correspondent for the evening news program on the PBS television network until 2013. He is also host of the international news and analysis public radio program America Abroad from Public Radio International. He was the host of the National Public Radio program Talk of the Nation from 1993-1999. In his more than 30-year career in the news business, he has also worked as a radio reporter in London and Rome, as a Los Angeles correspondent for CNN, and as a reporter for the NBC-owned station WMAQ-TV in Chicago. He is currently one of the US correspondents for Euronews.

He is the author of several books. The 500 Year Legacy That Shaped a Nation was published by Penguin/Celebra in 2013. He is also the author of the 1999 book The Old Neighborhood: What We Lost in the Great Suburban Migration: 1966-1999, a social commentary on the causes of the destitution found in the inner city. In 2006, he authored The Holy Vote: The Politics of Faith in America, which examines the way Americans worship, how organized religion and politics intersect in America, and how this powerful collision is transforming the current and future American mind-set. The book gathered accolades for its timeliness and fair coverage from many sides of the issue. Suarez was a contributing editor for Si Magazine, a short-lived magazine depicting the Latino experience in the U.S.

Suarez hosted the program Destination Casa Blanca, produced by HITN TV from 2008-2011. The program covered Latino politics and policy for a national audience from Washington, D.C.

He is a contributor to the Oxford Companion to American Politics (June 2012), and wrote the companion volume to a PBS documentary series on the history of Latinos in America, Latino Americans: The 500-Year History That Shaped a Nation published by Penguin in 2013.

Suarez has contributed to many other books, including How I Learned English, Brooklyn: A State of Mind, Saving America’s Treasures, and About Men. His columns, op-eds, and criticism have been published in The New York Times, the Washington Post, and the Chicago Tribune.

He co-wrote and hosted the 2009 documentary for PBS Jerusalem: Center of the World, and narrated for PBS Anatomy of a Pandemic, on the H1N1 outbreak.