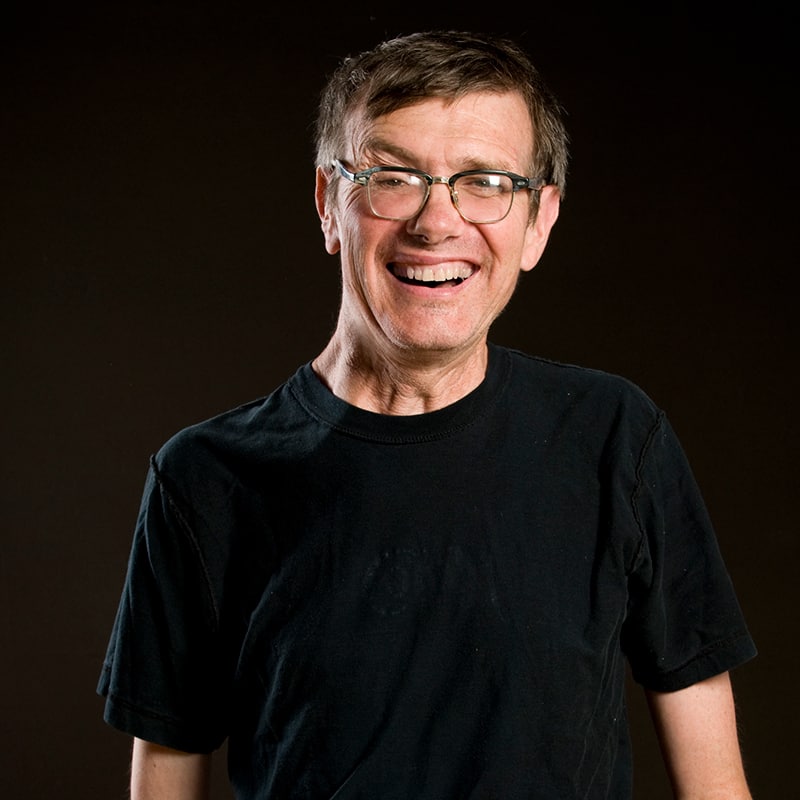 Kevin Kling is a well-known playwright and storyteller, and his commentaries can be heard on NPR’s All Things Considered. His plays and adaptations have been performed around the world. He lives in Minneapolis.

Kevin Kling, best known for his popular commentaries on National Public Radio’s All Things Considered and his storytelling stage shows like Tales from the Charred Underbelly of the Yule Log, delivers hilarious, often tender stories. Kling’s autobiographical tales are as enchanting as they are true to life: hopping freight trains, getting hit by lightning, performing his banned play in Czechoslovakia, growing up in Minnesota, and eating things before knowing what they are.

Kevin Kling describes his zodiac sign as “Minnesota with Iowa rising…” He grew up in Osseo, a Minneapolis suburb, and graduated from Gustavus Adolphus College in 1979 with a Bachelor of Arts degree in theater. His storytelling started when a friend from the now defunct Brass Tacks Theatre asked him to perform his stories. Since then, he has been awarded numerous arts grants and fellowships. The National Endowment for the Arts, The McKnight Foundation, The Minnesota State Arts Board, The Bush Foundation, The Jerome Foundation and others have recognized Kling’s artistry.

Kling was born with a congenital birth defect — his left arm is about three-quarters the size of his right arm, and his left hand has no wrist or thumb. More than five years ago, Kling was in a motorcycle accident. The brachial plexus nerves in his right arm were pulled completely out of their sockets. Currently, he has partial use of his left arm and cannot use his right arm at all.

Kevin Kling continues to write plays and stories in a rigorous fashion, and travels around the globe to numerous storytelling festivals, residencies, and has been invited to perform the acclaimed National Storytelling Festival in Jonesborough, TN for his fourth consecutive year. Kevin has released a number of compact disc collections of his stories and most recently his first book titled The Dog Says How hit the shelves in October 2009.