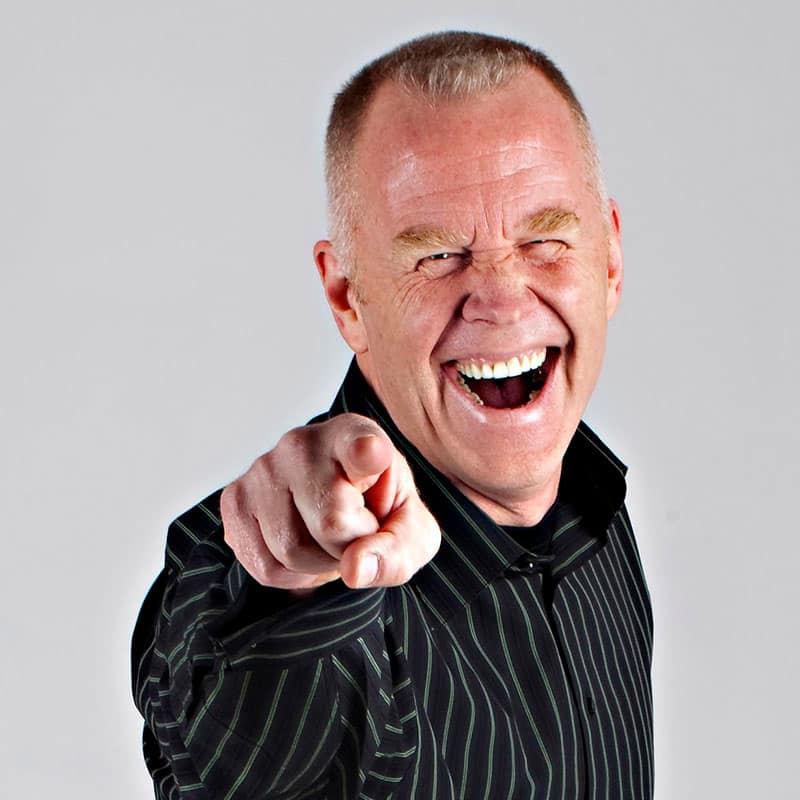 Characterized by humility, wholesome encouragement, and a healthy blend of knee-slapping comedy, Bob Stromberg has been delighting audiences of all ages with his unique personal style of speaking, storytelling and humor for more than 25 years. He is, according to the Chicago Sun Times, “A mesmerizing physical comedian.” And the London Times calls him “a genuinely funny man.”

Bob’s remarkable talent is his ability to interact with an audience, develop a warm rapport, gather people together, and facilitate surprising laughter with an arsenal of gifts including physical comedy, a non-threatening touch of audience participation and yes…even hand shadows, which the London Metro described as “stunning.” Add to this, hilarious, tender, and thought-provoking stories from his own experience and audiences leave amazed and transformed.

Bob is co-author of the mega-hit comedy, Triple Espresso. The play opened at the Minneapolis Music Box Theater on April 27, 1996. Bob remembers hoping to make it through a six-week run without losing his home. Triple Espresso closed on April 27 2008… twelve years to the day. Since its beginning, the “little play that could” has opened in forty-eight cities from San Diego to London to Munich, setting box office records in many and seen by over one million ticket buyers. In September of 2008 Bob premiered a new one-man show Mr. Wonderboy which is preparing to open in cities across America.

Bob has written three books,  the best selling Why Geese Fly Farther Than Eagles, Finding the Magnificent in Lower Mundane and the award-winning, beautifully illustrated family story The Miracle at Stinky Bay. He is known by many as a popular emcee during the Promise Keeper’s stadium years and by many more for his appearances on the popular comedy show Bananas.